We make recordings we are proud of. 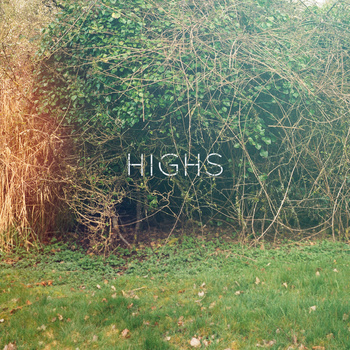 The 5-track EP was recorded over six months at Verge Music Lab with Steve Major, who acted as both engineer and co-producer for the album. Influenced by time spent in Tanzania, the EP is a collection of songs that reflect on growing up, the concept of home, and spirituality. The live performance of these tracks, and many others that the band has yet to record, aim to distill some of the fun and energy that the band is experiencing into the audience. Performed with up to four vocalists on a given track, HIGHS’ show is said to be tight and calculated while remaining true to the whimsical nature of the songs.

In the year since their formation, HIGHS has released their self-titled EP, hit #1 on CBC Radio 3’s R3-30 for consecutive weeks, been featured in the theatrical trailer for ‘Adult World’ and have been invited to perform at festivals like CMW, NXNE, M for Montreal, and New York City’s CMJ. Poised to make this year even more of a success, the band has announced upcoming tour dates throughout Ontario and Quebec with Vancouver’s Hey Ocean! on the heels of 3 sold-out showcases at CMW 2014.